Samsung went into detail on how the display was made. It uses panel bending technology, and the company had to invent a new protective layer with an advanced polymer that is both flexible and tough. According to Samsung, it had to use a special foldable adhesive as well, to make sure the display stayed together in both folded and expanded modes. The display is supposedly super thin, durable and flexible as well.

The company showed off a prototype on stage, and it actually looked a little bulky. The display appeared quite dim as well, and the stage needed to be darkened in order to show it off. When closed, it looks like a regular smartphone, and the cover can be used to display information like the weather and time. It can then be unfolded like a book to reveal a 7.3-inch display that functions similarly to a miniature tablet. According to Samsung, you can run three apps simultaneously with what it calls a Multi-Active Window. 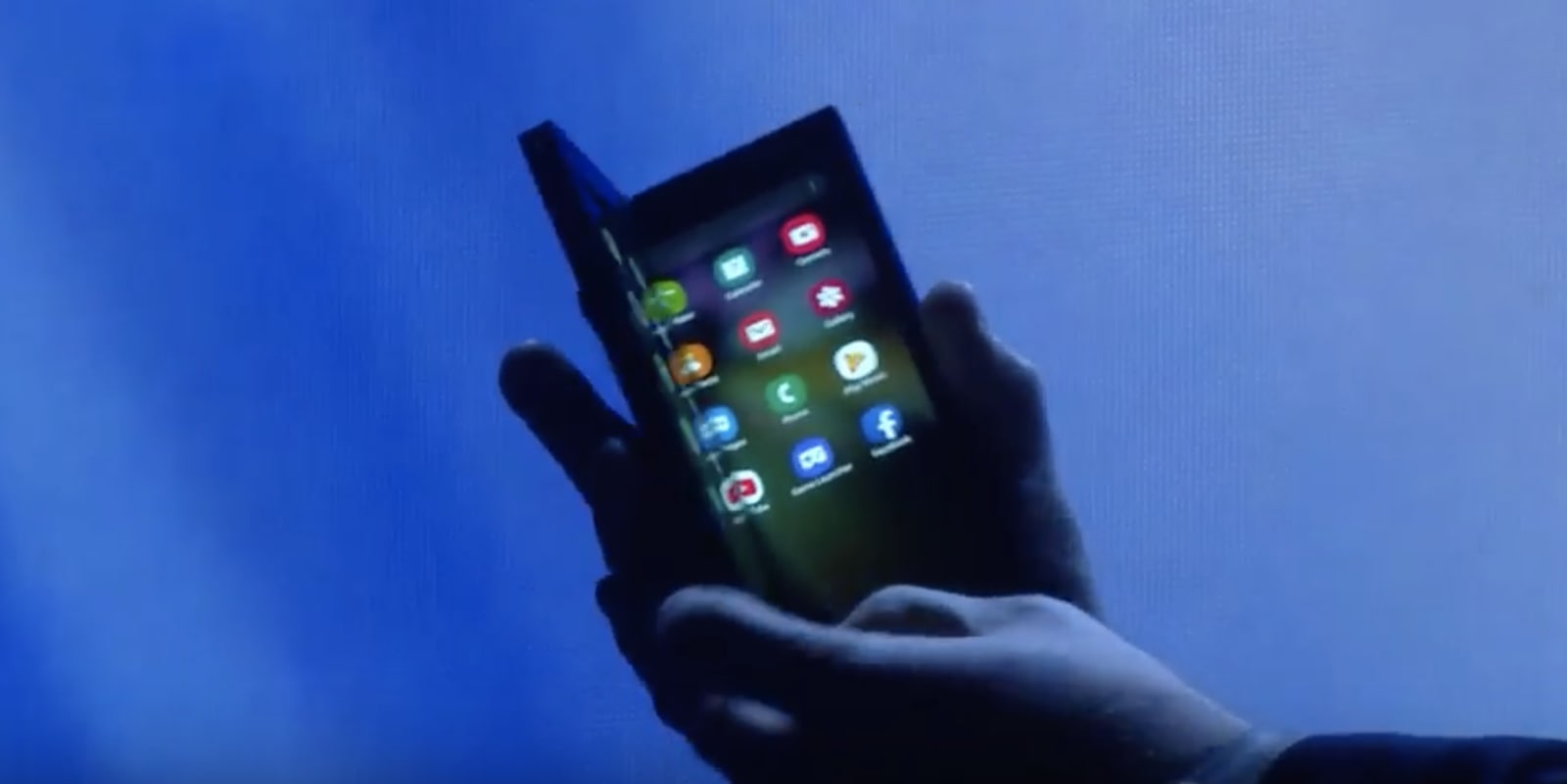 This is in line with an earlier announcement today that Google has been working closely with Samsung to make sure Android plays well with flexible displays. According to Android VP Dave Burke at the Google Dev Summit in Mountain View, the phone will launch next year.

Samsung has certainly led the way in flexible displays, and the last few iterations of its Galaxy and Note series’ have had curved edge frames. There, the utility is to both banish the unsightly view of the bezel and also use the spare real estate to house shortcuts. A fully-folding display, however, would eradicate the need for larger phones and smaller tablets since it could be opened up to be a bigger size when required without filling your pocket.

Ever since the days of the original Nokia Communicator and various mobile organizers like it, foldable phones have been a dream. Being able to cram in more usable real estate while remaining pocketable has been often tried. Sony’s Tablet P tried and failed to do so back in 2012, although the clamshell merely had two LCDs side-by-side.