A BBC  presenter and scientist is to lead a campaign to end the state funding of religious schools, despite sending her children to a Church of England primary school.

Alice Roberts, is the newly appointed President of Humanists UK, a non-religious charity, and is set to spearhead their new campaign to call into question state funding of religious schools.

The 45-year-old will be a familiar face to viewers of Coast, the BBC documentary series, and has also appeared on Channel 4’s Time Team.

But despite her beliefs, she and her husband, who live in Bristol, refuse to take their children out of collective worship.

She told The Sunday Times: ‘Of course you can pull them out of collective worship…you can ask for them not to be included in prayers but then it is socially exclusive and it is difficult for the child.’ 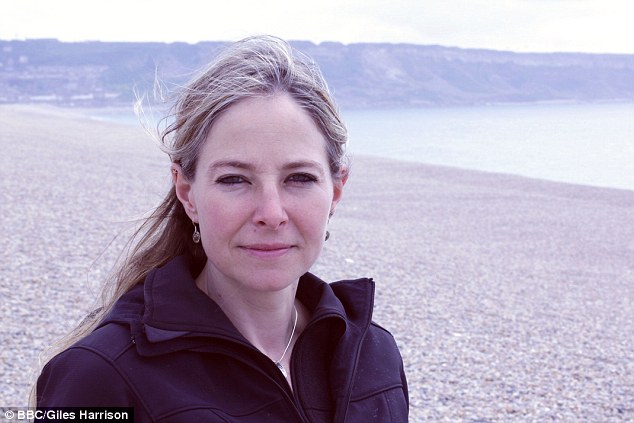 Alice Roberts, is the newly appointed President of Humanists UK, a non-religious charity

Asked whether she could be accused of behaving like Dianne Abbott, who sent her son to a fee-paying school despite criticising private education, she said: ‘It is really tricky actually.

‘If I had removed my children from the state system at that point that is buying my way out of the situation that exists for most parents.

‘Especially in rural areas where they don’t have a choice about whether they send their child to a religious school or not.’

On accepting the appointment as President the presenter said: ‘As an anthropologist, I believe strongly in our common humanity. We can rise above the tribal divisions that have caused so much anguish and real damage in the past.

‘The real hallmarks of humanity are: curiosity and an amazing ability to cooperate. If we can use science wisely and work together, I believe we can overcome the huge challenges facing us this century.

‘I find humanism to be the most rational and positive philosophy for life. And it’s not a new thing at all – the history of humanist thought is deep and inspiring.

‘I am so honoured to become the next President of Humanists UK – to be joining a community of like-minded, thoughtful and compassionate people in this way. I will be working harder than ever to promote humanism.

‘Our ‘good news’ is not that there is life after death to look forward to – but that this is the one life we have – and we need to make it meaningful, by looking after each other and the planet better than we’ve ever done before.’

Born in 1973, Alice studied medicine and anatomy at Cardiff University and worked as a junior doctor before becoming an anatomy lecturer.

She has studied the evolution, structure and function of humans, and is interested in the relationship of humans with the rest of nature.

She has a PhD in evolutionary anthropology, and has been the recipient of five honorary degrees.

She has been Professor of Public Engagement in Science at the University of Birmingham since 2012.

During her career Alice has combined academia with broadcasting and has presented a wide range of biology and archaeology programmes on television, including a landmark series on BBC2, The Incredible Human Journey.