The brother of Australian cricket star Usman Khawaja has been arrested over a list of potential ISIS terror targets found at a Sydney university campus.

Arsalan Khawaja, 39, was arrested by NSW Police on Tuesday morning in relation to a ‘terror hit list’ which allegedly included high-profile local targets such as Malcolm Turnbull, Julie Bishop and the Sydney Harbour Bridge.

The list was initially believed to belong to Sri Lankan national Kamer Nizamdeen, 25, who was charged by anti-terror police after a raid at a University of New South Wales campus in August.

Mr Nizamdeen was cleared of any wrongdoing last month and police will now allege he was set up by Arsalan Khawaja – a co-worker at the uni – who forged the list and planted it on his rival after a dispute over a girl. 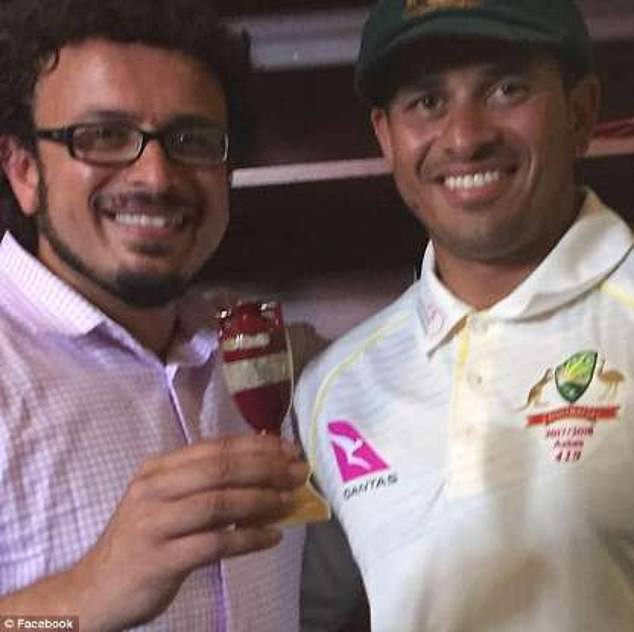 Arsalan Khawaja (left), the brother of Australian cricket star Usman (right), has been arrested over a list of alleged ISIS terror targets found at a Sydney university campus in late-August 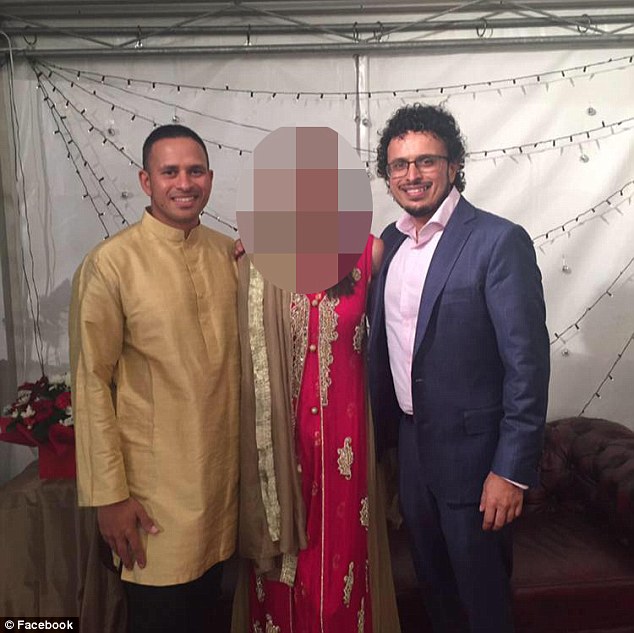 ‘A 39-year-old man was arrested at Parramatta at 8.30am today as part of an ongoing NSW Joint Counter Terrorism Team investigation,’ NSW Police said in a statement.

‘The arrest relates to documents allegedly found on University of NSW grounds in August this year containing plans to facilitate terrorism attacks.

‘He has been taken to Parramatta Police Area Command where he will be spoken to in relation to the alleged Attempt to Pervert Justice, and Forgery – Making a False Document.’

He will face Parramatta Local Court in Sydney on Tuesday afternoon.

In October, officers raided the home where Arsalan lives with his parents in western Sydney as part of their search for the person responsible for writing the list.

The raid came just days before charges against the notebook’s owner Mr Nizamdeen were dropped, after police admitted despite owning the notebook he did not write the threats.

The notebook had allegedly been discovered in a drawer in Mr Nizamdeen’s desk at the University of New South Wales, where he was working and completing his PhD.

Mr Nizamdeen had been charged with creating a document in connection with preparing for a terrorist act.

He spent four weeks behind bars at NSW’s toughest prison – Goulburn’s Supermax –  but was bailed in late-September.

AUGUST 30: Anti-terror police raid an office at the Univeristy of NSW after a co-worker discovers the suspicious list

SEPTEMBER 28: After four weeks behind bars in Goulburn Supermax prison, Mr Nizamdeen is released on bail

DECEMBER 4: Arsalan Khawaja, 39, is arrested by police. It is alleged he forged the list and planted it on Mr Nizamdeen’s possession after dispute over a girl 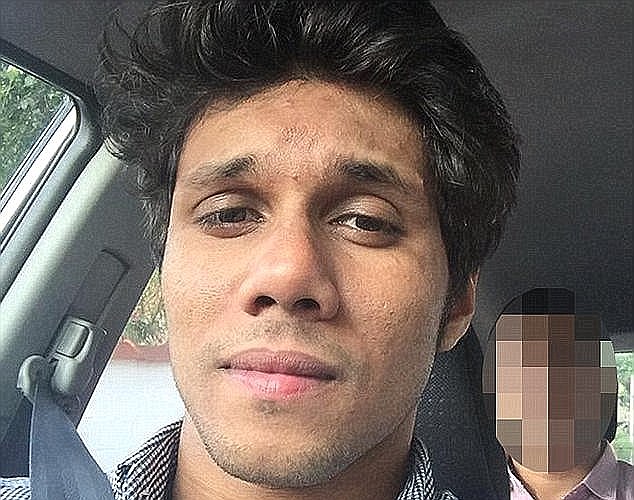 Police will allege Mr Khawaja forged the list of potential ISIS terror targets and planted it in the desk of Mr Nizamdeen (pictured). Mr Nizamdeen was charged with terror-related offences in late-August, but they were dropped in October

Mr Nizamdeen returned home to Sri Lanka to a hero’s welcome last month and is planning to take legal action against police.

Mr Khawaja’s arrest comes just two days before his brother Usman is due to lead the lineup in the first cricket Test between Australia and India on Thursday.

Usman Khawaja is not connected in any way to the counter-terror investigation. 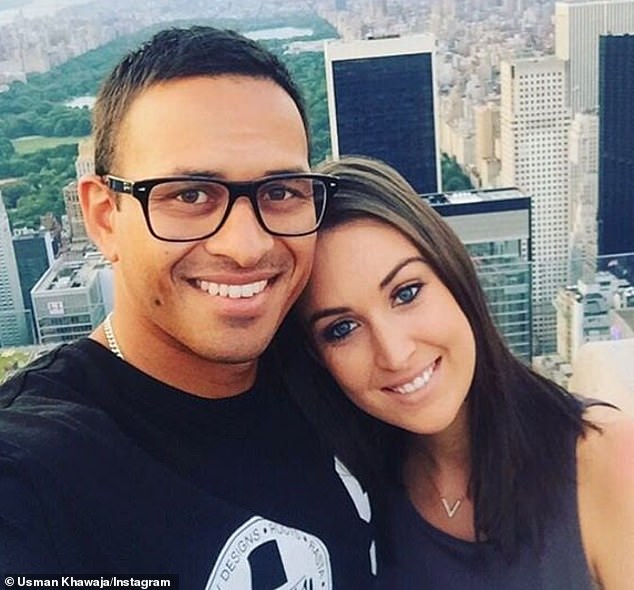