Though Mortal Kombat slid seamlessly into McConnell’s brand, video games were a whole new world for her. She wasn’t sure if she should even take the Warner Bros. gig at first; most of her work was fairytale-esque with a 1950s twist, and she wasn’t sure how gaming fans would react to anything she baked up. Then, she asked her younger brother what he thought.

“I’m very close with my younger brother, and I mentioned to him that this was brought to my attention and he immediately got all excited,” McConnell said. “He was like, ‘You have to do that.'”

At her brother’s encouragement, and with a bit of research, McConnell took on Mortal Kombat 11. She’s glad she did — the reaction from series fans and her own followers has been overwhelmingly positive.

“I did not think this was going to go over well with my fanbase and, surprisingly, it was a huge hit for me,” McConnell said. “I didn’t even realize people were so fanatical about the brand and so knowledgeable about it. Those posts that I put up are some of my most successful, which was kind of a cool surprise.” 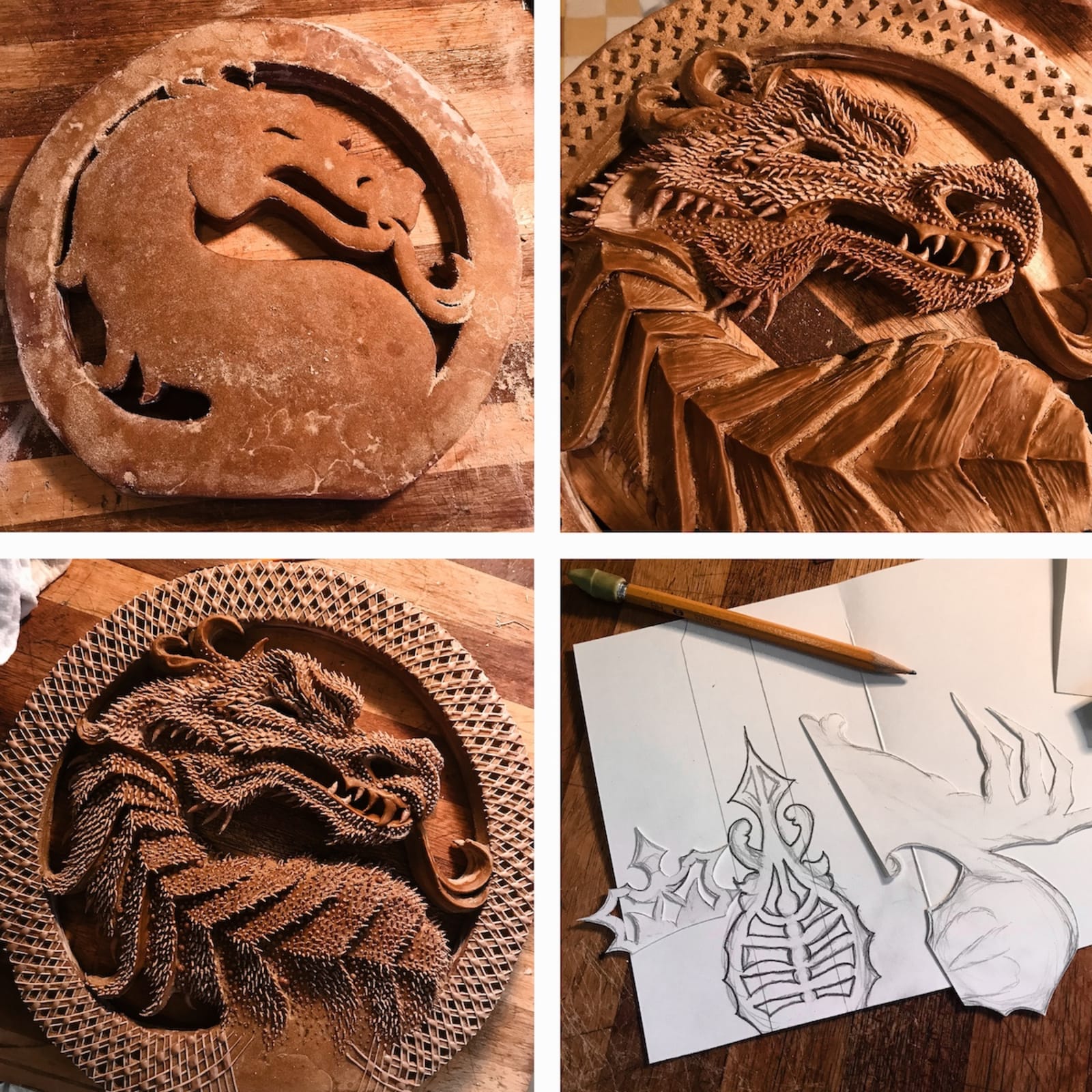 Social media regularly makes it seem as if these baskets of baked goods simply appear out of thin air, fully formed and ready to eat, but one thing The Curious Creations of Christine McConnell proved was how time-consuming this particular creative process can be. Even with editing and pre-prepped final products, the Netflix show gave viewers a glimpse of the tedious, focused process required to bake McConnell-level treats. Here, patience is just as important as a steady hand.

“Surprisingly, it was a huge hit for me.”

The Mortal Kombat sugar cookies took McConnell one weekend, while the gingerbread dragon consumed 10 days of time, because at one point, she had to start over completely.

“It happens,” she said. “Sometimes you’ll be like 90 percent done and something you didn’t prepare correctly or, like, the humidity — humidity has a massive effect on gingerbread. And that’s what got me this last time.”

McConnell said she had to complete the arcade cabinet cake as quickly as possible, since it was going to be served at a big Mortal Kombat 11 marketing event. That meant working 15- to 17-hour days for six days straight. On top of being completely edible, the cake was sturdy enough to withstand transportation to the event (an hour-and-a-half car ride to Los Angeles), and survive eight hours of sitting in a case at room temperature. 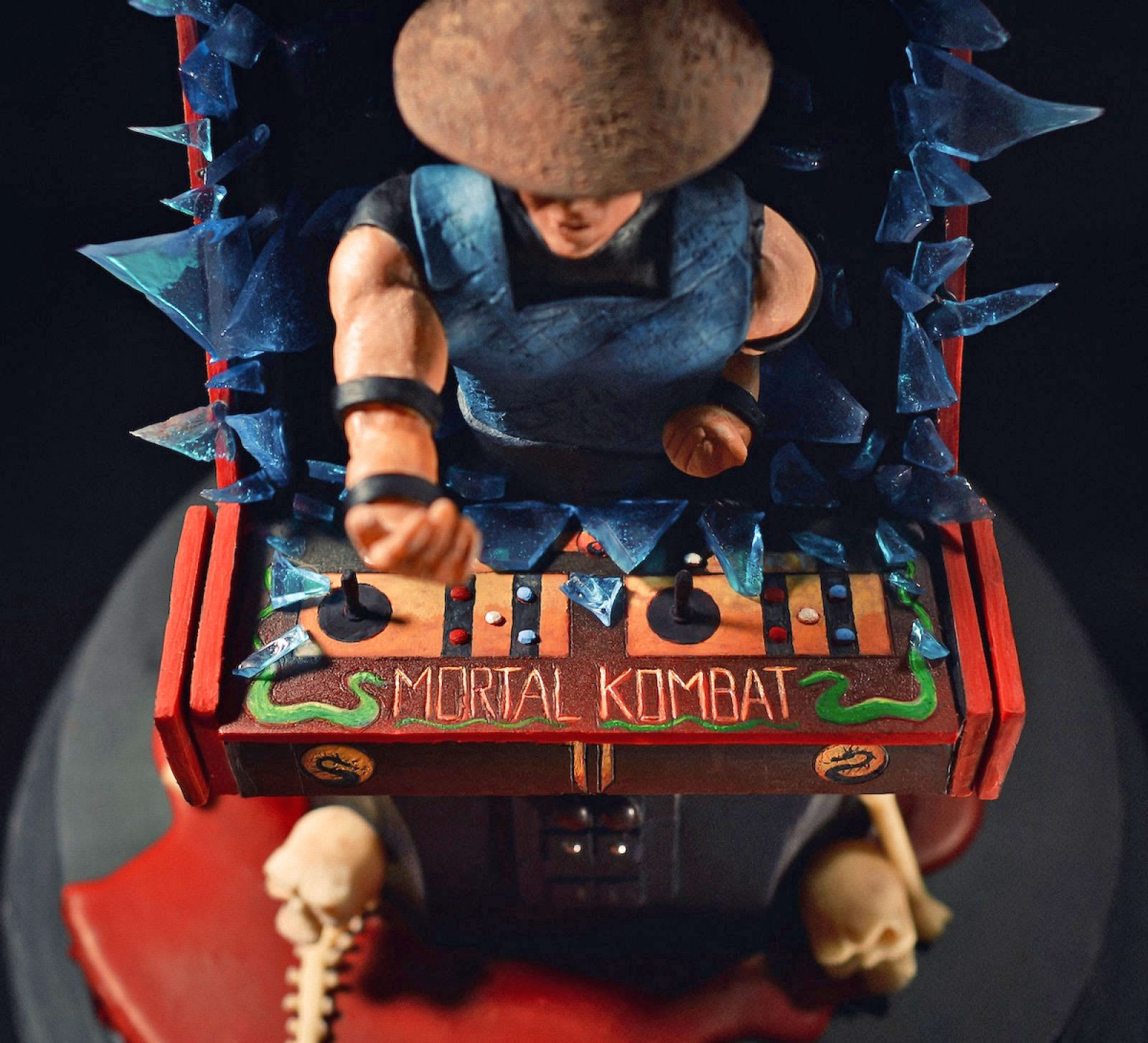 These are details that McConnell has to take seriously when inventing new treats. Her initial idea for the Mortal Kombat 11 event, for example, involved creating 3D-cake versions of classic series characters, but in a way that made them look pixelated, just like in the original games.

“It was going to be so awesome,” McConnell said. “But then I started actually thinking about, how is that going to transport and stand up all day? And I couldn’t figure out a way that would be edible that would do that.”

“You have people sort of thinking you’re something supernatural.”

Watching The Curious Creations of Christine McConnell, it’s easy to believe that this woman has it all figured out. On-screen, she’s elegant and serene, and when she’s not wearing a devilish smirk, she’s laser-focused on her work. Hearing her talk about the process behind her real-life projects, that same controlled, warm persona shines through. It’s different than the pulsing energy that emanates from many YouTube stars and Instagram influencers. It’s calm.

“It’s super surreal, because I’m 37 right now and I’ve been around this whole time, and only in the last five years you have people sort of thinking you’re something supernatural,” McConnell said. “And you’re like — well, you know yourself at this point. … I would say the Instagram persona that I put up is more like the fantasy of what I wish the reality was more like. But the truth is I’m kind of more of a jeans-and-T-shirt sort of person.” 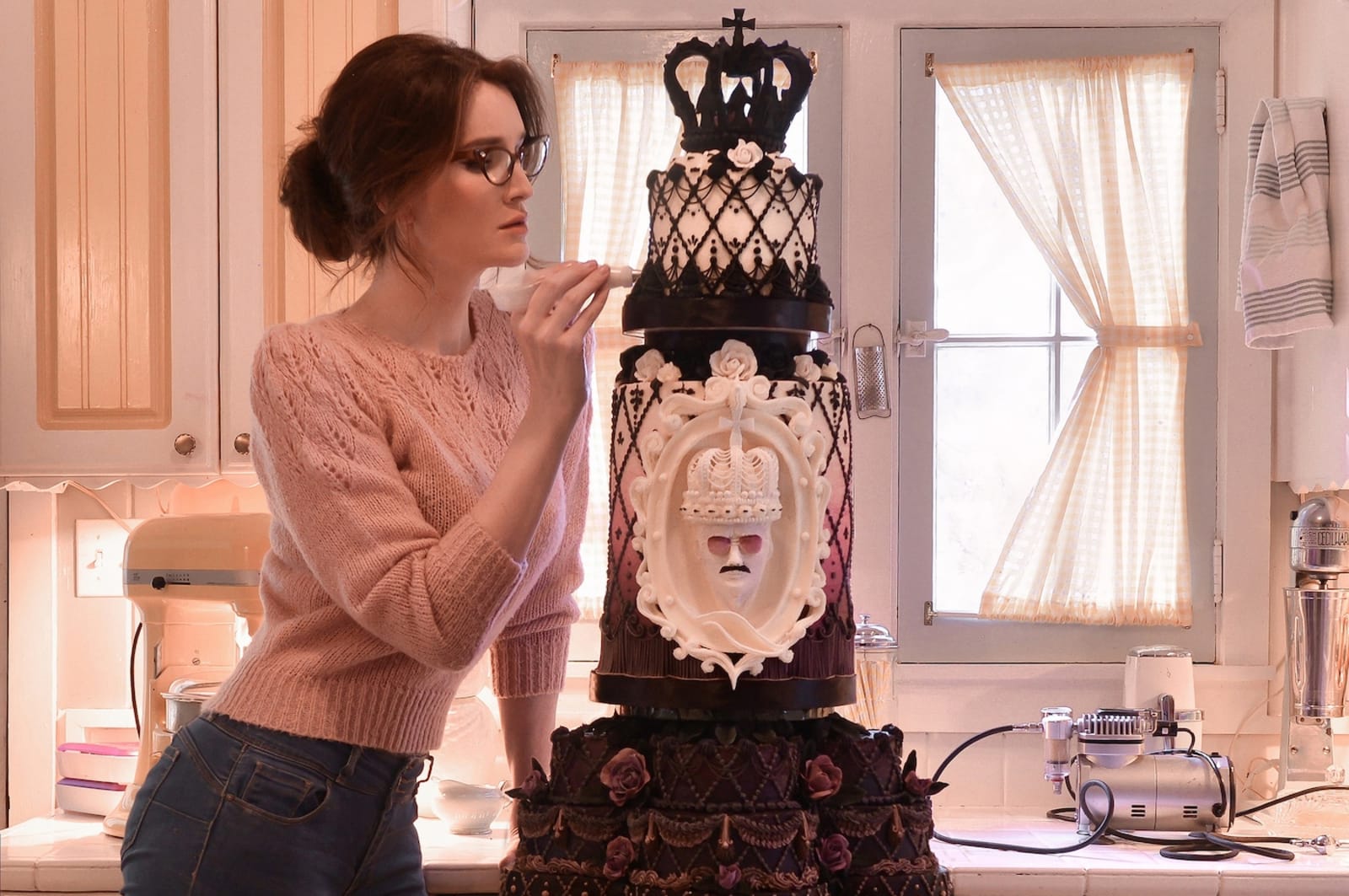 Still, on a Netflix-funded set with a crew of Jim Henson employees manning puppets and cameras rolling, McConnell remembered feeling paranoid and delirious. The shooting schedule was tight, she hadn’t slept in a few days, and she had to make sure everything came together on time. She didn’t let this tension show in the final edit, and she said that’s partly because the crew was so supportive. Besides, she’s no stranger to powering through rough times.

“You feel very amateur for a long time. I felt like that for a really long time, and only within the last maybe two years have I started to feel like I’m actually pretty good at this stuff,” McConnell said. “That’s been my biggest lesson from this experience in meeting such incredible people, is really everyone has the capability to be as interesting as they want to be. And nobody is really any more special than anyone else.”

Well, nobody except Rose.

The rise and fall of…