The New York Times on Thursday reported that the FBI’s New York field office is looking into whether singer/songwriter Ryan Adams committed a crime by sexting with an underage fan.

The allegations are part of a larger story The Times published Wednesday that details Adams’ history of championing aspiring female artists and then manipulating and harassing them. In one instance, he is said to have had phone sex and exchanged graphic texts with an underage girl. Seven women and more than a dozen associates were interviewed for the story.

USA TODAY has reached out to the FBI for comment.

“This Is Us” star Mandy Moore says she empathizes with the women who have accused her ex-husband of exploiting and then stifling female artists’ ambitions because she experienced it herself during their six-year marriage.

“Music was a point of control for him,” Moore told The Times. “His controlling behavior essentially did block my ability to make new connections in the industry during a very pivotal and potentially lucrative time – my entire mid-to-late 20s.” They divorced in 2016.

“What you experience with him – the treatment, the destructive, manic sort of back-and-forth behavior – feels so exclusive,” Moore said. “You feel like there’s no way other people have been treated like this.”

But through the reporting of the Times story, Moore and other women scarred by their relationships with Adams say they have formed a support system and spoken out together in hopes of protecting others.

After the Times story was published Wednesday, Moore posted a message on Instagram about the importance of speaking up.

“Speaking your truth can be painful and triggering but it’s always worth it,” she captioned an image of herself used for the Times’ story. “My heart is with all women who have suffered any sort of trauma or abuse. You are seen and heard. #sisterhoodforever”

On Thursday, model and musician Karen Elson spoke out about her own experience with Adams, although she didn’t offer details.

“I also had a traumatizing experience with Ryan Adams,” she wrote on Instagram.

“While I’m not quite brave enough yet to speak about my specifics. I’m encouraged that many women have bonded and helped each other heal. … The trauma that lingers is often a very powerful silencer of women as is the business that enables these men to thrive without ever facing consequences.” she added.

Elson, who is also a singer-songwriter, performed as an opening act for Adams on some tour dates in 2017.

Adams, 44, who the Times described as “equal parts punk-rock folk hero and romantic troubadour,” comes off as a manipulative boor in the Times’ reporting, someone who championed upcoming female artists, especially young ones, and promised career advancement while also pursuing them for sex.

If he didn’t get his way, he would sometimes “turn domineering and vengeful, jerking away his offers of support when spurned, and subjecting women to emotional and verbal abuse, and harassment in texts and on social media,” the Times reported Wednesday.

Late Wednesday, Adams released a statement through his lawyer, emailed to USA TODAY.

“I am not a perfect man and I have made many mistakes. To anyone I have ever hurt, however unintentionally, I apologize deeply and unreservedly. But the picture that this article paints is upsettingly inaccurate. Some of its details are misrepresented; some are exaggerated; some are outright false.

“I would never have inappropriate interactions with someone I thought was underage. Period.”

The Times said the accounts of Adams’ alleged behavior were corroborated by family members or friends of the women who were present at the time, as well as by correspondence from Adams reviewed by the paper. 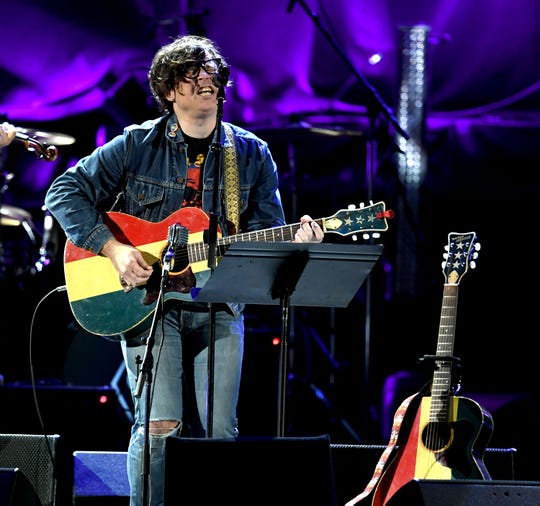 More: List: All of the Hollywood power players accused of sexual assault or harassment

Especially troubling was the accusation that Adams had an inappropriate online relationship with a teenage girl that began with graphic texting and moved on to video calls on Skype where Adams exposed himself during phone sex.

The paper reviewed more than 3,200 texts Adams exchanged with a girl they called Ava, who is now 20 but was 15 and 16 during a nine-month period they had an online relationship. They never met in person.

In the texts, Adams questioned Ava about her age, and she sometimes lied and said she was older than she was. He didn’t seem convinced, the paper reported, but their sexual conversations continued. “i would get in trouble if someone knew we talked like this,” Adams wrote to her in November 2014.

A constant theme in their off-and-on exchanges was fretting about her age, mixed with explicit talk about his desire to touch her body parts, the Times reported.

Adams is denying these accusations, according to his lawyer, Andrew Brettler, a member of a major celebrity legal firm in Los Angeles. Brettler told the Times the singer did not recall these exchanges with Ava, and if she had been underage, he didn’t know it.

“Mr. Adams unequivocally denies that he ever engaged in inappropriate online sexual communications with someone he knew was underage,” Brettler said.

The Times said laws covering sexually explicit communication with a minor vary from state to state and are separate from age-of-consent laws, which involve physical contact.

In Ohio, where Ava lived, it’s a felony to solicit, exchange or possess any content that shows a minor under 18 engaging in sexual activity. In New York, where Adams was during some of his exchanges with Ava, there are similar laws regarding children younger than 17. Federal statutes use 18 as the age of adulthood. The Times quoted legal experts who said that prosecuting such cases involves disputes over jurisdiction and whether the adult reasonably believed the minor was of legal age.

As for the “extremely serious and outlandish” accusations by the adult women, Brettler said Adams doesn’t have the power to make or break careers. The lawyer said Adams believes some of the allegations are “grousing by disgruntled individuals” who blamed Adams for personal or professional disappointments and were now out to harm him.

The Times report is another in a series of reports that have spurred the #MeToo movement to call out sexual misconduct across multiple industries, especially in media and entertainment. So far, not many music stars have been among the named and shamed, probably because few people expect rock stars to be Boy Scouts.

“But many in the business say that harassment and inequitable treatment of women is pervasive and that the ‘sex, drugs and rock ’n’ roll’ ethos has shielded men from being held to account,” the Times reported.

More: Pursuing R. Kelly: Could he end up convicted of sex crimes like Bill Cosby?

According to the Times, Adams became a solo star in the early 2000s, with the album “Heartbreaker” and songs like “New York, New York,” at the same time he was bedeviled with notorious addiction and mental health issues.

He was an “early adopter” in reaching out directly to his audience via social media, and used Twitter and Instagram to scout and meet female artists. “It was on Twitter that he found Ava, who excitedly messaged him to say hello after she followed him and he followed her back.

“I was really alone,” Ava told the Times, “and he was really friendly and cool.”

The Times named some of the women it interviewed, including Phoebe Bridgers and Courtney Jaye, two musicians who were initially beguiled by Adams’ energy and enthusiasm for their career prospects. But they were shaken after he became obsessive and abusive in pursuit of sex. Two other female singer-songwriters described similar patterns but were not identified.

In his statement, Adams said he was saddened by what the women in his past life said, and promised to do better.

“As someone who has always tried to spread joy through my music and my life, hearing that some people believe I caused them pain saddens me greatly,” he said. “I am resolved to work to be the best man I can be.  And I wish everyone compassion, understanding and healing.”