A reality television show that features nine extraordinary people living under one roof, including a bearded lady and a man who wants to become a parrot, has raised questions over whether its subjects are being exploited.

For the three-part show, titled The House of Extraordinary People, the group will spend 10 days in a Yorkshire cottage and get to know one another.

It has been billed by Channel 5 as a vehicle to ‘confront prejudices’, focusing on the struggles of those who face daily judgement on their appearance and forcing them to confront their greatest fears.

But some equality groups have expressed concern that it could tip over into exploitation. 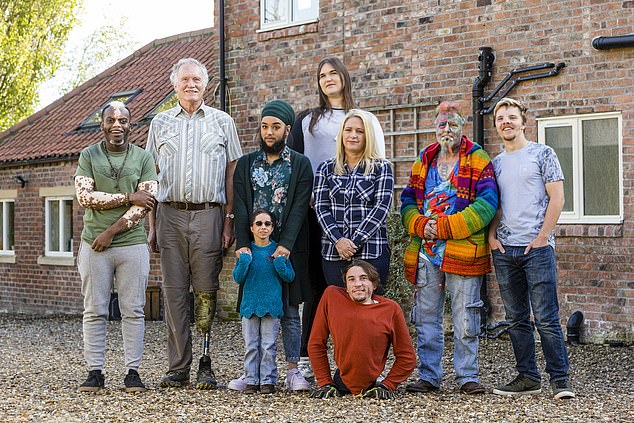 Danielle Wootton, Head of Marketing at disability charity Scope, told The Mirror: ‘We hope that this programme is inclusive and gives disabled people a positive platform where the public can hear their voices, and gain a greater understanding of their lives.

‘But there is a fine line to tread between insight and understanding, and voyeurism and exploitation.

‘We’d like everyone in the media to actively challenge negative perceptions and attitudes towards disabled people in everything they do.’ 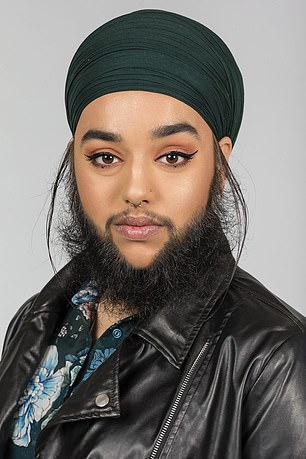 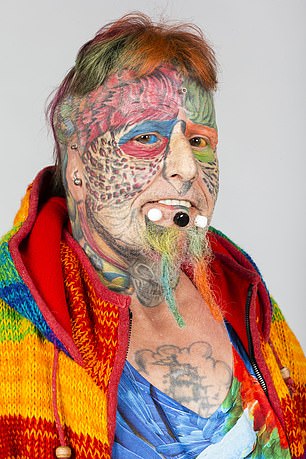 Polycystic ovary syndrome has given Harnaam Kaur (left) the ability to grow a beard since she was a teenager, while Ted Parrotman (right) has chosen to modify his appearance to resemble that of his beloved parrots

The House of Extraordinary People features Harnaam Kaur, a 27-year-old from Slough who has already made her mark as a motivational speaker, an anti-bullying activist and catwalk model.

Harnaam was awarded the Guinness World Record for the youngest female with a full beard at the age of 24 years 282 days.

Also featured is Ted Parrotman from Bristol, who changed his name from Ted Richards and underwent dramatic plastic surgery in order to look like his beloved pet parrots. 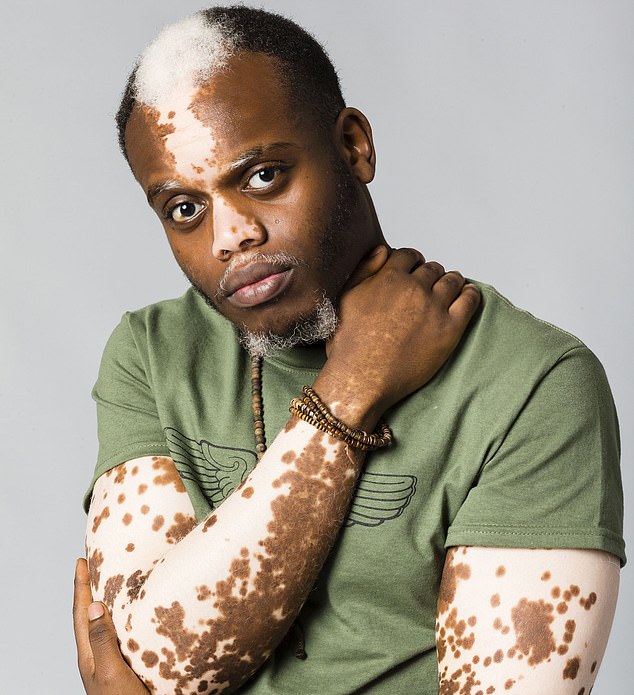 Bashir Aziz’s form of vitiligo means he has white patches on his body, and used to be called ‘cow’ and ‘zebra’ by other children at school

Ted has 110 tattoos of feathers and 50 piercings, and has even had his ears removed and tongue split in his bid to resemble the coloured bird.

They will live alongside Bashir Aziz, 24, a sales assistant and model from London who has the skin condition vitiligo, which causes pale white patches to develop on the skin.

Bashir, who was called ‘cow’ or ‘zebra’ by school bullies, now spreads body positive messages to his thousands of followers on Instagram.

Aly Stosz, 29, who at 6ft 9″ is one of the tallest women in the world, says she wants other women to feel it is okay not to fit the traditional beauty molds imposed by western society.

Also in the house will be Kristin Riley, an activities co-ordinator in a care home. Like Aly, she is from the U.S, and says people often stare at her because of her height.

But rather than being a ‘giant’, Kristen has primordial dwarfism and stands at 3ft 5.5″ tall. At 36, she is one of the oldest people with the condition in the world.

Lucas Hayward, 22, a roofer and anti-bullying campaigner, has a facial deformity called oculo-auriculo-fronto-nasal syndrome which causes the face to overdevelop.

He has undergone plastic surgery to ‘normalize’ his appearance, but hopes to show viewers that personality is far more important than the way you look. 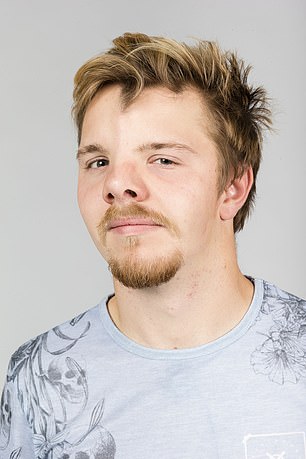 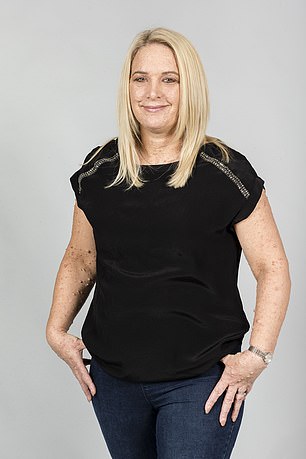 Born with a facial disfigurement, Lucas Hayward (left) has undergone numerous surgeries to alter his appearance. Rachael Reynolds (right) has also had multiple surgeries to remove the benign tumours all over her body caused by neurofibromatosis

Like Lucas, Rachael Reynolds has had multiple plastic surgeries and worries about her outward appearance. She has neurofibromatosis, which causes benign tumours to grow all over her body.

The 43-year-old mother of three said her condition worsened with each pregnancy and she has had to have laser treatment to remove some of the lumps – yet more continue to appear.

Rowdy Burton, 31, from Alabama, had both of his legs amputated when he was a toddler, due to the genetic condition sacral agensis that causes abnormal fetal development. 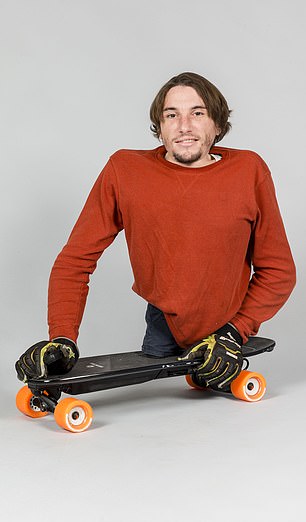 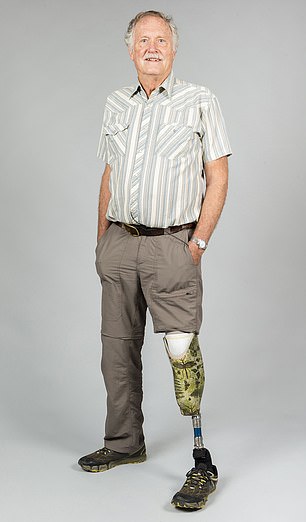 After having his legs amputated as a toddler Rowdy Burton (left) now walks on his hands and elbows. His fellow American Dan Cooper (right), chose to have his leg amputated due to a condition called body integrity identity disorder, which left him with a strong desire to remove it

He now walks on his hands or uses a motorized skateboard.

Finally, the group will be joined by Dan Cooper, who has a rare condition called body integrity identity disorder, which left him with an overwhelming desire to amputate a healthy limb.

The 74-year-old from Wyoming traveled to Thailand in 2009 to have his lower leg removed. He says he has no regrets and would not consider himself disabled.